There was a time not so long ago that “graceful” aging was viewed as a woman’s topic of conversation.  Baby boomers, male and female alike are contributing to a shifting paradigm. Ours is not our grandparent’s “ripe old age”.  Ours is not even our parent’s longevity. According to the 2009 National Vital Statistics Report, 20th century longevity rate changes are reflected in the trend that shows a new ripe old age of 100; more and more we are likely to become octarians. 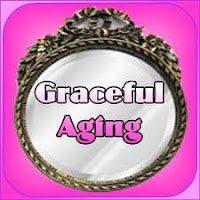 A recent Google internet search for the phrase “graceful aging” yielded 79,200 results. The business of staying young has resulted in a plethora of multi-million dollar industries – from hair color to Viagra. The same phrase in a book search on Amazon returned 131 titles including Tales of Graceful Aging from the Planet Denial by Nicole Hollander and Rethinking Aging: Growing Old and Living Well in an Overtreated Society by Norton Hadler. Interestingly enough, the phrase “anti-aging for men” yielded 124,000 results on Google and 97 book titles on Amazon.


Although we have not arrived, what if we lived in a culture where aging is equated with getting better rather than worse? What if we understood that we really begin to come into our greatness after the age of 50? There are signs that we are embracing the knowledge that aging is not a disease, although many are still intent on finding the magic anti-aging potion. For women it’s about LOOKING younger, for men it’s FEELING younger. “The truth of the matter is that total testosterone levels decline in men at the rate of approximately 1.6% per year starting at age 30. And that’s just the rate that they fall without additional influences.” (from His Change of Life by Chris Meletis & Sara G. Wood, ND)

The new science of biogerontolgy (the biology of aging) makes new the old secrets of healthy longevity: diet, activity and attitude! Bestselling author Andrew Weil, MD is leading the charge in separating myth from fact about life-extending herbs and anti-aging medicines in his book Healthy Aging: A lifelong Guide to Your Well Being. While there are a laundry list of things we can do to keep our bodies and minds in good working order; at the top of the list is FOLLOW AN ANTI-INFLAMMATORY DIET!

At the end of the day, the aging journey boils down to prevention and acceptance. Accept the things you cannot change, prevent/change the things you can and allow the aging gift of wisdom to help you distinguish the difference. Sound familiar? Who would have ever thought that the popular poem known as the Serenity Prayer just might be the best advice for the real man on the path of graceful aging!

Meal makeover expert, nutrition coach and Professor Velonda Thompson, PhD helps baby boomers gain control of runaway weight gain and empowers them to age gracefully. As a 25-year health promotion veteran, she is the author of several cookbooks including the newly released, as seen on Fox2 TV cookbook Beyond Candied Yams and Sweet Potato Pie.
http://www.myfoxdetroit.com/dpp/mornings/%22beyond-candied-yams%22-author-talks-healthier-soul-food 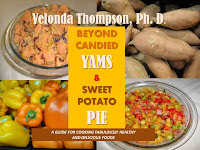