One of the best things about summer is sweet, juicy watermelon (seeds, please!).

Watermelons are about 92 percent water and soaked with nutrients. Each juicy bite is loaded with vitamins A, B6 and C, lots of antioxidants and amino acids. There's even a modest amount of potassium. Watermelon also contains thiamin, riboflavin, niacin, folate, pantothenic acid, magnesium, phosphorus, potassium, zinc, copper, manganese, selenium, choline, and lycopene.  According to the National Watermelon Promotion Board, watermelon contains more lycopene than any other fruit or vegetable. At 46 calories per cup, watermelon offers 20% of your daily intake of vitamin C and 17% vitamin A, according to the USDA.

“Watermelon seeds and also others like melon seeds and flaxseeds are rich in micronutrients like selenium, potassium, copper and zinc which you may not derive from your daily diet in adequate quantities. They can be sun-dried and eaten as a snack or can also be powdered. They’re good for your heart, boost immunity and keep blood sugar levels in check.  You can add it to your diet as a health supplement in combination with others seeds. I’d suggest about ¼ of a teaspoon twice a week,” says Dr. Simran Saini, Dietician at Fortis, New Delhi.
Source: http://food.ndtv.com/food-drinks/watermelon-seeds-755725


Surgeon General Regina M. Benjamin released The Surgeon General’s Call to Action to Support Breastfeeding on January 20,2011 saying ” One of the most highly effective preventive measures a mother can take to protect the health of her infant and herself is to breastfeed.” 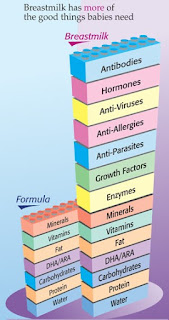 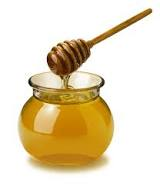 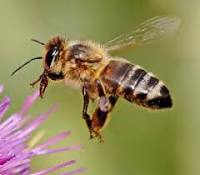 Honey bees are very important today due to a decline in native pollinators, which impact local agriculture and many backyard gardens. Beekeepers are not just vital for large scale food production. Backyard beekeepers are vital for neighborhood pollination. Agriculture depends greatly on the honeybee for pollination. Honeybees account for 80% of all insect pollination. Without such pollination, we would see a significant decrease in the yield of fruits and vegetables (www.backyardbeekeepers.com ). Beekeepers fill the void with their honey bees.

Honey has a long medicinal history. Many people are aware of honey's antibacterial and anti-inflammatory properties. While honey is natural and considered harmless for adults, the American Academy of Pediatrics strongly caution against feeding honey to children under 1 year old.