How much do you really know about caffeine's impact on the body? Test your IQ and email me for the answers drv@befitinc.com.
Caffeine is addictive       True or False?
Moderate caffeine consumption for an adult is defined as ____ (chose 1)
1. less 100 mg
2. 100-200mg
3. 200-300mg
4. 300-400)
How long do the effects of caffeine  last? (choose one)
1. 30 minutes
2. 2hrs
3. 5hrs
4. More than 5hrs
Caffeine is added to headache medicine ____ (choose one):
1. to preserve the active ingredients
2. to help the body absorb the drug more quickly
3. to help keep head injury victims awake
4. none of the above
Some skin care products contain caffeine. True or False
FDA has caffeine level limits for energy drinks . True or False
Adapted from:
Caffeine IQ Test http://www.webmd.com/diet/rm-quiz-caffeine-myths?ecd=wnl_wmh_032511

Are Statin drug affecting your Diabetes?

We've all been warned time and again to explore (with your primary care physician or pharmacist) side effect and potential adverse responses to prescription medication. The following paragraph is an excerpt from the article "The Hidden Diabetes Link No One is Telling You About" written by Suzy Cohen, R.Ph and posted on Dr. Mecola's website:
Research Suggesting Raised Blood Sugar is a Side Effect of Statin Use
Several studies have indicated that statins can cause high blood sugar, which can be mistaken for "diabetes." For example, researchers in Glasgow, Scotland conducted a meta analysis, known as the JUPITER trial, which took into account 13 statin trials that each included 1,000 patients or more. The participants were followed for over than a year. The conclusion was there was indeed an increase, albeit small, in the development of Type 2 diabetes.
It should be considered that some of the patients in this meta analysis already had symptoms of insulin resistance or metabolic syndrome, so it could be said that they were on their way to diabetes anyway.
Now consider another meta-analysis published in the Lancet Here, the researchers reviewed randomized controlled trials beginning in 1994 and ending in 2009, for a total of 91,140 participants who took either a statin or a placebo.
They found that people treated with statin drugs showed a nine percent increase for diabetes. They did not evaluate other factors however, which would be considered pre-diabetes, so I suspect their nine percent number to be on the low side.
Insulin is a pancreatic hormone that reduces blood sugar. You want some insulin to maintain blood glucose levels, but too much of it is bad—it's an inflammatory compound in your body when it is elevated. And guess what? The use of statin drugs appears to INCREASE your insulin levels! High insulin is extremely harmful to your health.
For starters, elevated insulin levels lead to heart disease, and isn't that the reason cholesterol drugs are prescribed in the first place?
Chronically elevated insulin causes a cascade of inflammatory chemicals and high cortisol which lead to belly fat, high blood pressure, heart attacks, chronic fatigue, thyroid disruption, plus major diseases like Parkinson's, Alzheimer's and cancer.
To see read more, visit
http://articles.mercola.com/sites/articles/archive/2011/03/28/the-stealth-drug-cause-of-diabetes.aspx
* * * * * * * * * * * * * * * * * * * * * * * * * * * * * * * * * * * * * * * * * * * * * * * * * * * *
April 2nd > Wellness Sip & Sample @ Truth Bookstore  Northland Mall
April 5th > Let's Talk Water @ St Patrick's Senior Center
April 9th> http://springforward2011.eventbrite.com
Dr. Velonda 313-874-BFIT (2348)
"Giving You the Power to Be Fit"
Posted by Dr. Velonda at 5:39 AM 1 comment:

Spring cleaning to protect your health, save the planet and your pocketbook takes a little more patience as well as good old-fashioned elbow grease. Going green when you clean is about creating clean and healthy living spaces while reducing the toxic stress from our chemical-laden environment. Making your own cleaners is better for your health, your family’s health and better on your pocketbook. Plus you have the ultimate pleasure of knowing exactly what is in them.
Lemon has always been known for tackling everyday grime and making your home smell as good as it shines. No need for store bought glass cleaner with a spray bottle and 2 teaspoons of lemon juice, ¼ vinegar and 1 liter of water. Shake well and use to get a toxin-free shine on your windows and mirrors.
Free your sinuses from assaults by smelly furniture polish by using 2 teaspoons of lemon juice, ¼ cup olive oil and ¼ cup white distilled vinegar.
Reading labels continues to be the best strategy when store bought is your choice. Diethanolamine (DEA), monoethanolamine, sodium hypochlorite (bleach) are all ingredients you’ll want to avoid. Avoid aerosol products, which may contain carcinogens and neurotoxins that affect your central nervous system and reproductive system. Avoiding ammonia can save you from eye and respiratory irritations. Ammonia has been linked to cataracts as well as kidney and liver damage. Sodium Lauryl Sulfate is used as a lathering agent although it is a known skin irritant. If you are up the adventure of homemade, some safer alternatives include:
Our total health is a cumulative result of the food that goes in us, what skin products go on us and what our cells and organs absorbs from the world around us. Make your home a green home!
Spring has sprung - register for the upcoming 2nd Saturday Wellness Workshop
http://springforward2011.eventbrite.com
Health is Heaven in 2011!
drv@befitinc.com
Posted by Dr. Velonda at 11:59 PM No comments:

Sugar vs Sweetner - How Sweet is it?

Nature provides us with many opportunities to satisfy our sweet tooth. However, research ha shown the increased daily U.S.  sugar consumption contributed to sweeteners, those added sugars found in many processed foods and prepared meals. Studies reported in the Journal of the American Medical Association are examining the link between sugar consumption, cholesterol and heart disease.


The recommended daily limit for refined/processed sugars is 40 grams per day. Since 1 teaspoon = 4.2 gram, that's less than 10 teaspoons a day (no limit on natural sugars, except where directed by your physician).
I recently received some great visuals to consider when asking "How Sweet Is It?" 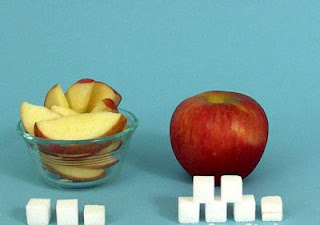 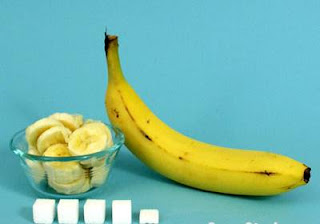 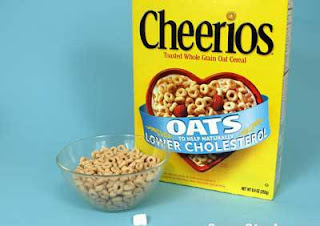 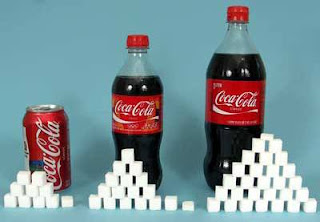 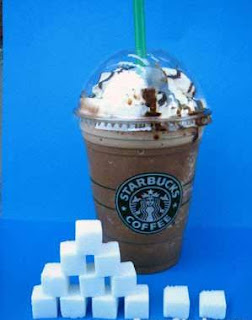 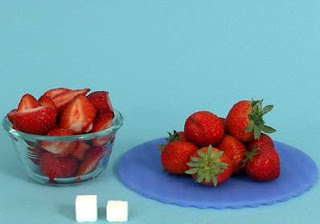 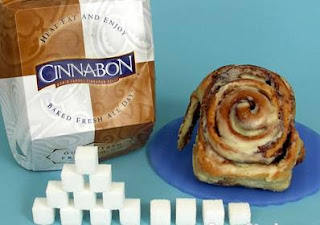 A recent article in Natural Awakening magazine highlighted maple syrup research by University of Rhode Island scientist showing that you can get you sweet on along with powerful mineral (zinc, thiamine and calcium) and vitamins. Sweet Deal!!

Register for the next 2nd Saturday Wellness session "Spring Forward" April 9th 10am
http://springforward.eventbrite.com
Posted by Dr. Velonda at 10:18 AM 1 comment:

Eating healthy on the run just became a little easier with this easy 6 ingredient recipe. Vegetarian Veg-All Quiche is rainbow eating made easy!.

Pre-heat oven to 350 degrees
Place Veg-all,cheese and mushrooms in pie crust
Mix egg substitute, mil and onions together, then pour over veggie mixture
Cook 35-45 minutes or until inserted knife comes out clean.

For the visual learner, check me out on Fox2 TV 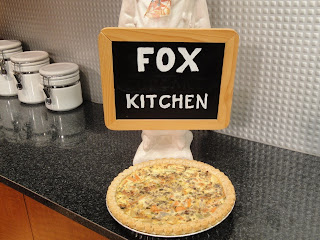 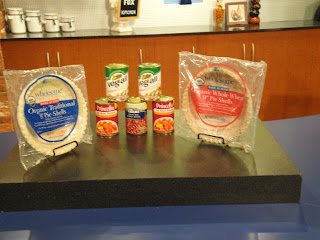 
1. Hydration - what's in your water bottle? http://kangendemo.com/
2. Sleep - are you still tired after a nights sleep?
http://www.webmd.com/sleep-disorders/guide/important-sleep-habits

3. Exercise - regular exercise fights diseases of all kinds. Do what you enjoy 3-6 times a week 30 - 60 minutes each.

5. Plant based eating - how many colors of the rainbow do you see when you look a your plate?

Be a "water" role model

If we are truly concerned about the academic performance and overall health of our children, it is critical that we make sure that they take in adequate amounts of plain water. Research has shown that physiological functioning, mental development, and cognitive performance are all affected by dehydration. This is true for the mildest levels of dehydration.
The American Journal of Clinical Nutrition has reported that many of our boys and girls are not drinking the minimum amount of water recommended by the U.S. Institute of Medicine. It does not help that parents/guardians are allowing children to "hydrate" with sugary drinks, juices, and pop instead of healthy, clean water. The same article also notes that children who drink plain water consume fewer calories than children who drink sugary beverages.
Just as adults have learned, children must be taught not to wait until they are thirsty before they drink water. By the time a child feels thirsty, he or she may already be dehydrated. Some signs of dehydration in children include:
Source
http://kidshealth.org/parent/firstaid_safe/emergencies/dehydration.html